Chennai, also known as Madras, the capital of Tamil Nadu, is the country's fourth largest city. Compared to the other major metros of India, it is far less congested and polluted. Chennai was the site of the first settlement of the East India Company. It was founded in 1639, on a piece of land given by the Raja of Chandragiri, the last representative of the Vijayanagar rulers of Hampi. 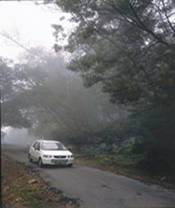 Chennai, the gracious capital city of Tamil Nadu is the fourth largest metropolis in India. Located on a 17km stretch of the Coramandel coast, the city is trisected by the waterways of Cooum and Adyar and the Buckingham Canal. With a population of 6 million people, Chennai is a vibrant city ever growing, expanding and changing every year. Popularly regarded as the "Gateway to the South", Chennai presents culture that is distinctly different from that of northern India. Music, dance and all other art forms of the South are cherished and nurtured in this city which, though industrialized, continues to be traditional and conventional in many ways.


The region of Chennai was called Tondaimandalm in those days and had its military headquarters at Puzhal, which is now a small and rather insignificant village on the outskirts of the city. Modern Chennai grew out of a small village when in 1639 a fishing hamlet called Madraspatnam was selected by early English merchants of the East India Company as a site for the settlement.

Chennai is a gracious city that has a clear skyline, long sandy beaches, parks, historic landmarks and tourist infrastructural facilities which make it a convenient entry point or base to start your tour of Tamil Nadu and South India. Where religion is concerned, history has certainly left its mark on this city which is believed to have been the place of St. Thomas, in the outskirt of the city. There are a number of churches in Chennai that are connected with the life and times of this apostle. There are also several ancient temples around Chennai, and, within the city itself are two magnificent temples - a temple in Triplicane and another in Mylapore.

Chennai (formerly Madras) has the Bay of Bengal bordering its east, while the state of Andhra Pradesh is on its northwest. It has the famous district of Tamilnadu, Kanchipuram, on its south and the states of Kerala and Karnataka on its western side. Being situated at the tropical zone, Chennai normally has a very hot and humid climate. The best time to visit this city is the winter season. Winter and summer temperature does not vary much as it rains frequently through the year. 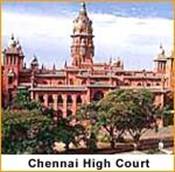 Chennai is situated on the south east coast of India and lies in the tropical zone of climate. As a result, it mostly experiences hot and humid weather. However, it receives ample rainfall and therefore has a pleasant climate throughout the year. The best time to visit Madras city is from November to February i.e. during the winter months. During this time, the weather is very enjoyable for the tourists as well as the residents. It even receives rain during the winters, which is very pleasurable for a trip.

Air:
Kamaraj National and Anna International Airports are situated at Meenambakkam about 20 kms. from city. Can also be reached by suburban train services. Alight at Tirusulum. You must travel light and walk a km to airport.

Rail:
Chennai is connected by rail with all major towns and cities in India. Main Railway Stations: Central and Egmore. Central linking north and west and Egmore south.

Road:
Chennai is connected by good network of roads with all important places in Tamil Nadu and other parts of India. You may rent a car with popular private cab owners. White plated taxis ply 5 people on contract. Pre-paid taxis and airport coaches are available at airports. 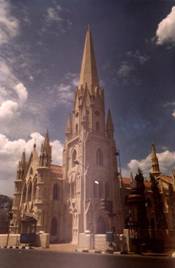 Monuments
Fort St. George
St. George Fort is located on the banks of Bay of Bengal. It was built by the British East India Company in 1640 AD. The fort is believed to be the first establishment of the British in India. It is a military architecture marvel, which was erected as a trading post.

Freemasons Hall
Freemasons Hall is situated in the Egmore area of Chennai. It is the living example of the cultural and traditional heritage of the people who inhabited the ancient city of Madras. The construction of this building was completed in the year 1923.

Government Museum
The Government Museum of Chennai is one of the most popular sightseeing pots in the city. It is deemed to be one of the oldest museums of India, as its inception dates back to the Colonial rule. There is a historical tale behind the origin of this Museum.

Senate House
Senate House of Chennai is definitely a worth watching monument in Tamil Nadu. It is located at the campus of University of Madras, near the Marina Beach. It is truly an architectural marvel and was constructed under the supervision of one of the greatest architects of the 19th century.

Thousand Lights Mosque
Thousand Lights Mosque is a well-known worship place for the Muslims in the Chennai city of Tamil Nadu. It is situated at the Anna Salai Road in the city. The mosque is popular for a number of reasons, such as its name, its architecture and its historical and religious importance.

Valluvar Kottam
Valluvar Kottam is a monument built to pay homage to Tamil Poet Saint Thiruvalluvar. The site where it is situated once housed an unused lake. The monument is in the shape of a temple chariot and contains a lively and splendid statue of the poet.

War Memorials
A visit to the War Memorials of Chennai is the best way to discover the heroic past of India. The memorials are dedicated to those soldiers who laid their lives for the welfare of the nation as well as those who died as martyrs, serving their nation.

Covelong Beach
Covelong Beach is one of the finest beaches on the coast of Coromandel. It is located at a distance of 40 km from Chennai. The beach is situated amidst picturesque locals and serves as the perfect retreat, away from the hum drum of the city life.

Elliot's Beach
Elliot's Beach is one of the cleanest beaches in the city of Chennai. It is located towards the south of Marina Beach and is an extremely calm and tranquil place. The beach is known as 'Bessei' amongst the locals.

Marina Beach
Marina Beach is the most famous beach of Tamil Nadu. It is situated in the city of Chennai and is considered to be one of the largest beaches in India and the world over. The beach stretches over a distance of 12 km and has a considerably large width.